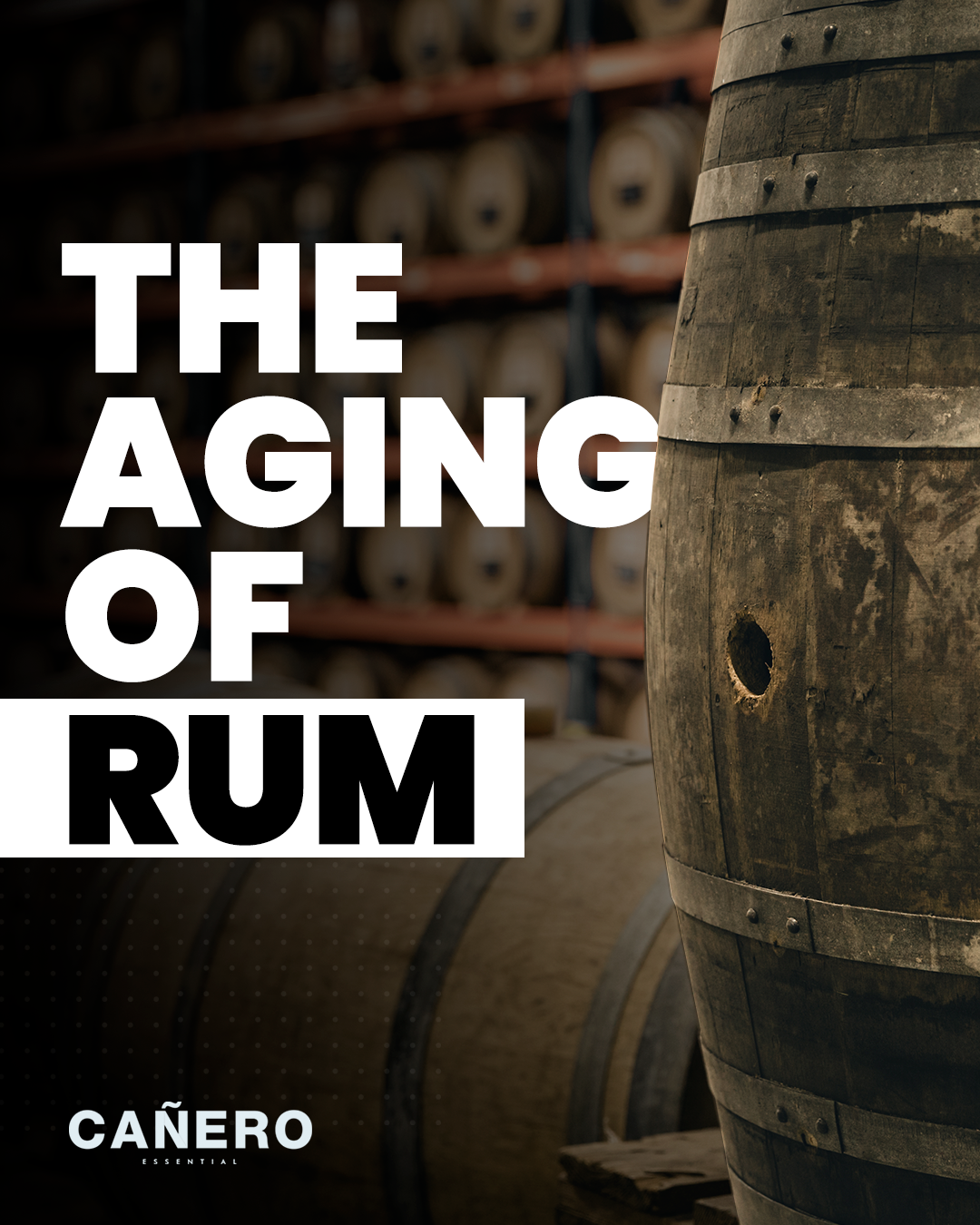 The aging of Rum

Barrels okay, but in oak? Still ? New wood or not? Make yourself comfortable, we’ll explain.

The basic principle is rather understood by the vast majority of amateurs: the aging of Rum consists of resting White Rum in barrels for a more or less prolonged time. This is also the difference between a White Rum and an Amber or Old Rum. Because let’s not forget, all spirits (Whisky, Cognac, Armagnac, Calvados, Gin, Vodka, etc.) are perfectly translucent when they come out of the still. It is aging that gives these beautiful colors to the alcohols that we enjoy tasting.

But for many, once these main principles are recalled, all the “alchemy” that takes place during its long years of rest in the darkness of the cellars is often… obscure.

Barrels, tuns and other casks: the why and how…

First a bit of history. During Antiquity, the transport of liquid goods was carried out in amphorae. It is a fragile, heavy and impractical container. It was probably in Italy, during the 6th century BC, that the barrel was invented. Much more manageable and solid, it quickly supplanted the amphora and spread throughout the Roman Empire. Subsequently, it was the Gauls (cocorico!) who perfected and modernized this formidable transport tool.

At the end of the Middle Ages, the barrel was an absolutely central object in European trade, whether by land, river or sea. As the conquest of the New World began, the barrel imposed itself as the obvious ally of sailors who criss-crossed the Atlantic Ocean. And it is probably during these long crossings that the interest of aging a spirit in barrels will come to light. European traders will indeed notice that the Rum, white from the Caribbean, has taken on a beautiful golden color and that it is rounder and sweeter when it arrives on the Old Continent to be sold. And consumers are not mistaken. They now require aged rums.

This phenomenon of maturation will be absolutely essential in the popularization of Rum which, until then, was considered a coarse rotgut, good for buccaneers and slaves.

The choice of oak

Very often, when we talk about barrels, the first instinct is to think “oak”. And this reflex is rather good. Indeed, the overwhelming majority of aging takes place in oak barrels. And it has been for centuries. But why is this choice so widespread? Oak is a relatively slow growing wood. And, a priori, that does not make him a perfect candidate. Other species of wood, with faster growth, seem better suited to the manufacture of barrels. But the answer lies elsewhere. Precisely in its tannins. Indeed, the oak contains a significant proportion of water-soluble tannins which will give the Rum its woody aromas.

Over the centuries, man has experimented with many wood species, but without ever obtaining results equaling the performance of oak. In a marginal way, one can however find Rums which have aged in casks of acacia, cherry, chestnut, cherry… For the aging of Cachaça, the Brazilians do not hesitate to call on many endemic essences of wood (for more details, see our article on the different traditions of Rum).

Was new or not?

Contrary to popular belief, Rum (but it is not the only one, Scotch too) is a rather fragile alcohol which does not go well with the powerful tannins released by a new barrel. If we aged the Rum in a new barrel, the aging could hardly exceed 3 to 5 years. Beyond that, the precious liquid would turn into an infusion of planks with a strong taste of perfectly undrinkable sawdust…

So, to get around this problem, the Rum Distilleries have used second-hand barrels, that is to say barrels that have already contained a first alcohol. And the latter, during its maturation, will absorb a good part of the tannins and thus allow our favorite alcohol (Rum, for those who have not followed at the back of the class…) to age in much better conditions. We then speak of “ex-barrel” of this or that.

And as keen readers as you are, do you tell yourself that depending on the first alcohol content, this will have an influence on the Rum? Well you are absolutely right! Imagine that a barrel of about 200 liters retains imprisoned in its staves (“blades” of wood which make up the barrel) 5 to 9 liters of the liquid previously contained. This liquid, trapped in wood, is called the Devil’s Share. Some examples of the different barrels traditionally used by Cellar Masters.

The ex-bourbon cask. Today it is the barrel most used by producers. Why ? Because Americans never do like everyone else (!), they have a legal obligation to use a new oak barrel for the maturation of Bourbon. Thus, after a single use, they must separate from their barrels. This has the effect of bringing joy to any self-respecting Cellar Master. Because this is the guarantee of a steady influx of quality and inexpensive second-hand barrels. The ex-bourbon cask gives the rum notes of vanilla, coconut and burnt sugar.

The ex-barrel of Sherry. Once very widespread, it is now rarer. Indeed, since the beginning of the 20th century, the consumption of these fortified Andalusian wines (addition of neutral alcohol after fermentation) has dropped drastically. Therefore, an ex-barrel of Sherry costs about 10 times more than an ex-barrel of Bourbon these days. Depending on whether the Sherry was dry (Oloroso) or sweet (Pedro Ximenez), it will give the Rum either notes of dried fruits (walnuts, almonds) and undergrowth, or sweet notes of dates, figs and prunes .

The ex-Port cask. Another classic of Cellar Masters, the ex-Port barrel is a fairly regular option for maturing Rum. This mutated wine (addition of neutral alcohol during fermentation) from the Douro Region in northern Portugal brings to the Rum it receives delicious notes of chocolate, rose and jammy black fruits.

The ex-cask of Cognac. A great classic in the maturation of French Agricultural Rums (for obvious reasons), it is now losing ground compared to the ex-Bourbon cask, which is more easily accessible. The ex-cognac cask has however many qualities and will endow the Rum with a delicate fruitiness and fine spices.